An Evening with Bottlesmoker! 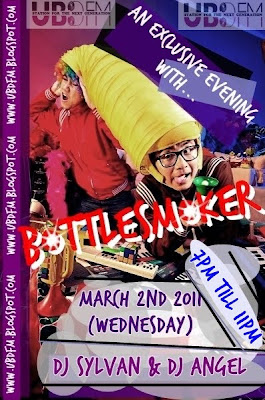 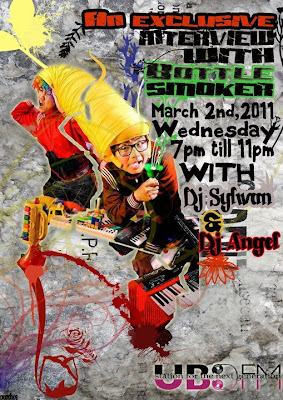 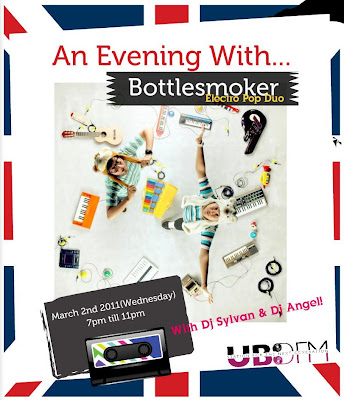 On Wednesday, 2nd March 2011, UBDFM hosted a warm welcome to one of the famous Indonesian electro pop duo, ‘Bottlesmoker’ who is currently on their Asian tour. An interview session by our news crew was held with the group prior to a live radio talk on their music career and experiences with two of our DJs, Sylvan and Angel.

The interview session was accompanied with a question and answer session. Some of the questions posed were:

A: Previously, we were doing electro low tempo but now free tempo is acceptable and in Melaka for music without vocal is easier to sing along to the beats. The Japan electronic ‘I’m Robot and Proud’ has been an inspiration in our music career and encourages us to explore music freely in our own ways.

Before we met , we were doing different music genre but when we were together as a group we were instructed to do Indie pop. However, the application was in instrumental.

Q: Can you tell us about your academic background and how it has influenced your career now?

A: In 2005, we were in college and we have basic academic in broadcasting. So, we did radio work where we would use software to make music. We also made jingles without vocal for

radio music as we were taught on theater of mind as part of our academic course. In 2005-2006, we collected songs and made our album which were distributed and received great responses from our fans. Additional vocals were also featured. In the past, we did collaborate with “tori topeng” as we wanted to do a lot of traditional instrumental that involves mystic sound.

Q: Where will you be going after leaving Brunei?

A: Our next stop will be in China, Hong Kong, Singapore and back to Bandung, Indonesia after we have completed our Asia tour and we are planning to go to Europe next year.

Q: What is your plan for the future?

A: Qui Qui: “I want to be a journalist”. Norbi: “I am hoping to be a radio producer”. Music is for us to express ourselves only. In addition, we will only use cheap toys and a lot of traditional instruments instead of branded ones as instruments for our music. In the future, we might include vocal as well.

Q: What is your first impression of Brunei?

A: Brunei is a relaxing and peaceful country that has great unique entertainment. It is interesting how Brunei maintains its religious principles while being modern as well.

Q: What do you think of UBD FM?

A: We are glad to be invited to UBDFM and Universiti Brunei Darussalam seems to be very organised and clean. As a college radio station, UBDFM is better when compared to other university :)

Popular posts from this blog 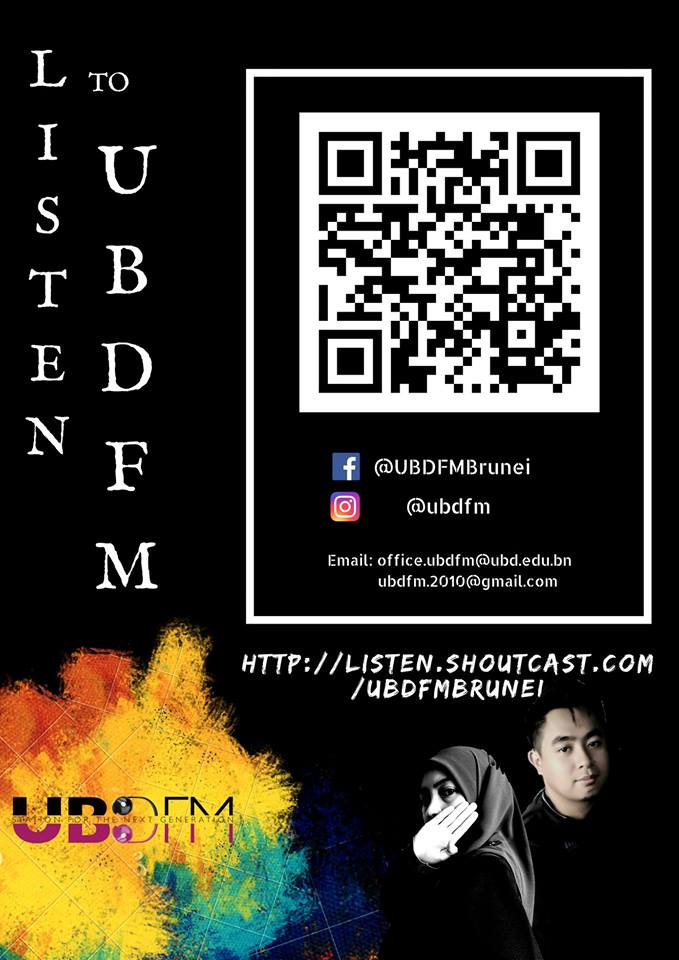 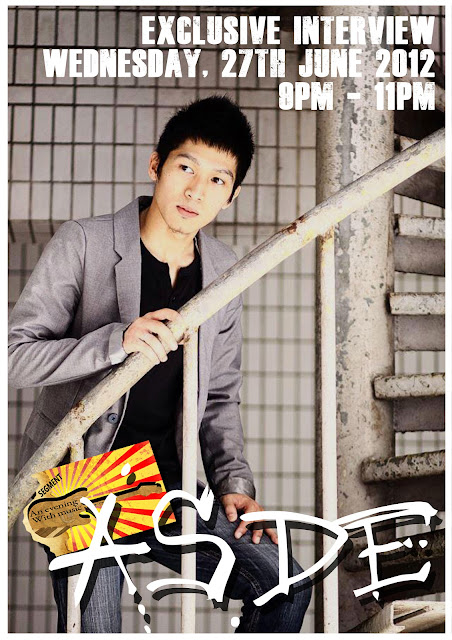 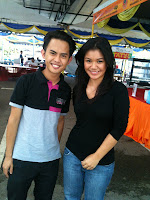 Hiya! As you guys might have heard Airtime Media Management has organised the Brunei Food Festival  which happened during  last June 7th, at the Hassanal Bolkiah National Stadium in Berakas. DJ Khalz and Dj Qeelz decided to pay the mouth watering event a visit. First destination were some very nice MADcaron people as they would call themselves. They gave us MADlots of samples and each and everyone of the MADcarons. Turning this French confection into their very own MADbites, it melts in your mouth, beyond delicious and not to mention, beautifully put together. They have assorted flavours for these MADbites; Coffee, Oreo, Raspberry, Chocolate and a few more. Do check out their page by clicking at this link:  http://www.facebook.com/MaDbites We have also bumped into some friendly sisters who are currently running a pastry businesses under one roof, each with a different specialty. Icys, who run “Lucky Hoof” specializes in baking Nutella Rolls, where Siti concentrates on he
Read more